Why and how Toronto personalized its communication strategy 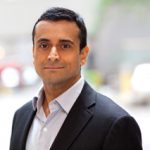 The 506 streetcar slips through the heart of Little India, grazes the top of Chinatown and breezes past the open-air patios of Little Italy. Diverse scenes are commonplace in Toronto. It not only makes the city unique; it makes Toronto, Toronto.

The city takes great pride in its diversity. It’s even reflected in the city’s motto: Diversity, Our Strength.

But diversity is more than a slogan. It is a powerful vision statement that guides everything the City of Toronto does.

Consider this, the municipality is frequently recognized as one of the top diversity employers in the country. Its 24-hour 311 customer service line can answer queries from residents in more than 180 languages, ranging from Arabic to Yoruba (a language spoken by some 40 million people in Nigeria and Benin).

Even so, city planners feel they have more work to do to connect with the broader community.

“We tend to be very good at engaging a very particular demographic,” explained Daniel Fusca, coordinator of stakeholder engagement and special projects, in the City of Toronto’s City Planning Division. “But we tend to miss the diverse and newcomer communities, including young people and renters.”

The City recognized that not connecting with these communities was a critical challenge when it started developing its communications strategy for TOcore, a new 25-year vision plan for downtown. Over the next decade, immigration is expected to be one of Toronto’s biggest sources of population growth. Many of these new Canadians could very well end up downtown, as city planners expect the population of Toronto’s core to double in the same period to some 475,000 residents.

But for this new vision to truly have impact, planners felt it was imperative that their new blueprint reflected the values and feedback from every corner of the city.

That challenge fell to Fusca and his team to better understand who was coming downtown and what they did when they were there. To help answer that question city planners turned to Environics Analytics’ authoritative data in Spring 2016. Their goal was to use this data to segment the city’s population and help create avatars to represent the major groups of people who regularly use and who also live in the core.

The inspiration for this approach came out of a similar project in New York City. It used avatars as an internal tool to evaluate how the city’s various demographic groups would be impacted by a new regional plan. However, Fusca and his team saw a unique opportunity to use avatars to communicate directly with the public and emphasize why his City’s plan should matter to them.

It was a delicate matter. The city knew they had to improve their understanding of the types of people who use the core without over-generalization or offending anyone.

“We were afraid that people would see the avatars as a way of stereotyping communities, that we’d be criticized at worst as racist and at best as subscribing to stereotypes,” said Fusca. “So, we wanted the avatars to be grounded in real data to give them credibility.”

In response, most of the avatars were based on custom population segments that integrated into Environics Analytics’ PRIZM5 segments, drawing on demographic data from the DemoStats database and lifestyle data from Numeris. From this data, a picture started to emerge of the various population types who gravitated to the central part of the city.

To round out the avatars, Environics Analytics produced reports to show how each persona breaks down according to their financial situation, education, leisure activities and family size.

Once this information was analyzed, the avatars started to take shape. As examples: 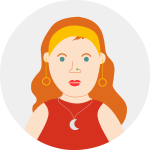 Ruth, a recent grad who lives downtown and enjoys nightlife; 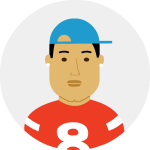 Oscar, a suburban teenager who sometimes hangs out downtown with his friends; and 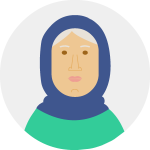 Fatima, a grandmother from North York who enjoys the symphony.

In spring 2016 the city unveiled 16 avatars on large panels to portray the main groups who used Toronto’s downtown core. They were displayed in the main rotunda of City Hall.

“By having avatars representing race, gender, age and sexuality, as well as housing tenure and disability, we could show how different people experience the city,” explained Fusca. “People say that they don’t engage with us because they don’t see themselves reflected in our work and because they don’t know why our work should matter to them. We used the avatars to communicate that everyone is affected by planning policy and that they should care about the impact of those policies.”

A well planned out social media campaign also was launched to steer people to the TOcore website where they could learn more about the avatars and their backstories. Artists created jpegs of the avatars that were posted on Twitter, Facebook and Instagram along with a few lines about their lifestyles and interests.

The social media strategy paid off. Three paid ads on Twitter generated almost 40,000 impressions, while another series of ads on Facebook over the course of the project reached more than a 100,000 people.

“We had the avatars explain in their own words how different policy proposals would affect them,” said Fusca.

As part of the consultative process for TOcore, Fusca and his team also wanted feedback directly from these hard to reach groups. Once again planners leaned on the avatars help to drive people to an online survey.

While long surveys tend to have lower response rates, that wasn’t the case in this instance, he pointed out. The researchers noted that while the survey was designed to allow residents to skip sections, more than half of the respondents spent up to two hours filling out the complete questionnaire. Fusca noted that many of the respondents were Millennials, a notoriously difficult group to reach.

Despite some initial resistance, the TOcore project has not only caught the attention of residents and planners in Toronto, it has been featured in Landscape Architecture magazine and honoured by the Canadian Institute of Planners with an award for planning excellence in 2017.

It was an important initiative for the city, Fusca pointed out. The downtown area is an economic powerhouse that is indispensable to the health and prosperity of the region. A third of all Toronto’s jobs are based in the city’s core.

“People thought it [using data-driven avatars] was bold. It’s really a new way of strengthening the relationship between government and the public,” said Fusca.

With the success of this project Fusca is now looking to socialize the avatars across more city divisions and create even more segments to encourage dialogues between the public and city planners. His colleagues also have begun adapting the avatars for other processes. When developing new policies around short-term housing rentals like those offered by Airbnb, for example, staff used the avatars to communicate scenarios in which short-term rentals would or wouldn’t be acceptable under the proposed regulations.

In summary, despite public fears, data-based avatars have not only become a valuable way for governments to ensure they are considering the needs and interests of diverse communities, but they also offer an effective way to communicate with those communities

The power of personas

Research, read and reach out with data