When companies are faced with disasters the question becomes how best to respond in order to ensure a customer-accepting customer experience (CX), customer retention, loyalty and brand reputation. This perennial issue came recently, dramatically and tragically back into spotlight with the fatal crashes of two Boeing 737 MAX airliners.

For answers, DM Magazine interviewed Marc Gordon (www.marcgordon.ca). Marc is an internationally recognized authority in the field of customer experience. He shows companies how to create exceptional experiences that cultivate relationships and build loyalty.

DM Magazine (DMM): Disasters happen. From the CX and loyalty perspectives, are customers’ expectations of companies and brands in the face of these events changing and if so, how, and why? 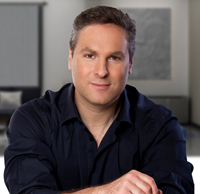 Marc Gordon (MG): Over the last number of years, social media has empowered consumers to instantly share their opinions and experiences on a mass scale. Companies that at one time dismissed such feedback are now in the spotlight of public opinion, with potentially millions of dollars in sales on the line. This has forced many companies to rethink how they deliver experiences and respond to criticism.

The challenge for companies is that public opinion often changes faster than they can respond. And in many cases, those opinions may be based on inaccurate information. But it really doesn’t matter because consumers will always view a company’s actions through the lens of their own personal beliefs and values.

DMM: Could you differentiate the brand impacts and the strategies companies can take for different events in order to plan, anticipate, respond and recover from disasters?

MG: Regardless of whether a company has to respond to internal disasters (malfunctioning products resulting in tragedy) or external (terrorism), the key to managing the brand is through ownership. This does not mean taking the blame for something they had no control over. It means communicating in a way that shows they genuinely care. This can be reflected in several ways, including compensating employees, environmental cleanups and/or cooperating with government investigators.

However, there is one variable that cannot be overlooked. And that is organic loyalty. When consumers have a strong emotional attachment to a brand, they can be incredibly forgiving. Companies such as Facebook and Tesla have enjoyed such a high level of loyalty that events that would have negatively impacted most other companies (Facebook’s user data breach, Tesla owners killed while using autopilot) have had virtually no impact on them. In both cases the companies chose to downplay the incidents or simply rationalize their actions, with little or no negative reactions.

In contrast, companies like Boeing where consumer loyalty is virtually non-existent (has anyone booked a flight based on the make of the plane?), they do not have the advantage of a strong emotional connection. Which is all the more reason they need to be proactive instead of reactive when it comes to managing reputation.

DMM: Discuss the differences between customers’ risk perceptions and reality. How can companies best handle this issue?

MG: Perception of risk is rarely based on data and more so on emotion. For example, even with the recent Boeing disasters, flying is still the safest form of mass travel. Yet recent surveys have shown that some travellers are more nervous than before the events, even when flying on other makes of planes.

However, for many companies there is reprieve. People tend to have short memories. From defective vehicles and tainted food, to data breaches and to corrupt business practices, consumers are loath to change their behaviour in any way that leads to inconvenience. In the case of Boeing, consumers choosing to fly on other makes of aircraft will likely face fewer flight options and higher costs.

DMM: Let’s look at the Boeing 737 MAX events through these lenses, understanding that more information is coming out about them. What should Boeing and the carriers that fly the MAX have done when the accidents began to happen? And what should they do now?

MG: This is a classic case of hindsight being 20/20. It’s easy to say that Boeing should have stepped up after the second crash. But no one immediately knew the cause or the connection with the first crash. So, should Boeing and the airlines have erred on the side of caution and grounded the 737 MAX planes?

I believe that consumers would not have responded with appreciation upon finding out their scheduled flights were delayed or cancelled. Beyond the financial losses the airlines would experience, the PR disaster alone would have caused an uproar. While consumers do not want to be inconvenienced over what “may possibly happen”, they also want to be protected from what “could happen”. But they can’t have both.

DMM: Finally, what are the brand and CX lessons can companies, including Boeing and its competitors, learn from the 737 MAX disasters?

MG: Sometimes the right decisions will not be popular decisions. And in some cases, no one will ever know if the right decisions were made. What if the Boeing crashes were caused by pilot error? Would grounding the fleet be hailed as a responsible and cautionary decision by Boeing’s execs? That would depend on a number of factors, such as timing, inconvenience, stock value and how the message was delivered.

I believe that human nature causes people to be upset about any decision that inconveniences, loses money or changes plans. But short memories mean those issues will soon be forgotten. However, when tragedy strikes, then people will be upset, looking for someone (or some company) to blame and asking why something wasn’t done sooner. But given enough time, those concerns will eventually be forgotten too. That’s why school shootings rarely lead to changes in gun laws.

So, is there a lesson here? Perhaps that companies should only take ownership of situations where accountability comes into question. When people have a reason to question if decisions are made based on profits or people. Or if the company genuinely cares about those who use its products. And when that decision is made, act on it with sincerity and honesty.