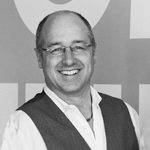 Yesterday’s business playbook remains seductively simple: make a product, sell it, collect money for it, and spend as little as possible in the process. The game was straightforward: companies held all the cards and the general public was happily oblivious and, for the most part, powerless. Life was simpler for business, and if businesses didn’t have to change, they probably wouldn’t.

The changing playbook
Corporate reputation and momentum now swing at the behest of positive or negative social media. Superficial branding and corporate conduct struggle to stand up to the scrutiny of Internet transparency. The tables have rapidly turned: with power shifting from corporations and institutions to individuals and groups of people. The future playbook for business must be written appreciating the landscape in which it competes has been largely upended.

The evidence of corporate leaders adjusting to reflect this shift in power and working toward a new relationship between commerce and society is abundant. Some are seeking to elevate the standards of business performance beyond profit alone. Others are aligning themselves with topical social issues in need of awareness and resources. They are, respectively, welcoming and supporting admirable acts to help right glaring wrongs and cast companies into more broadly meaningful roles in society. The investment of time and money in these subjects are powerful steps away from the pure profit-motive playbook of the past.

The fascination with Purpose
In the pursuit of this evolved version of commerce and capitalism we have introduced a new word into the lexicon of corporate jargon: Purpose. Most every progressive company today has one. TED Talks on the subject abound. Most service firms have been quick to offer advice and solutions. Purpose, however, is by definition the ultimate existential question, and importantly not an expertise or field of study associated with business.

Corporate philosophy may be the most interesting and fatiguing conversation being had in business today. The relationship between a company’s philosophy—its vision, purpose, why, mission, values—and its operations and bottom line, is far from linear. Our personal and organizational philosophies are the great intangible: regarded as invaluable by those who possess them, and odd abstractions by those without.

Curing transgressions such as environmental degradation, low worker safety, harmful office conduct or quality-compromising cost reductions feel necessary because they contradict an innate sense of right and wrong, fair and unfair. They also contradict the low expectations we set for each other as human beings: to be respectful, truthful and do right by each other. This low bar, however, is not the stuff of inspiring company purpose and philosophy. A great organizational philosophy will take for granted virtues such as honesty, respect, integrity, quality and diversity because living by the opposite would be considered objectionable by most.

The worth of taking a stand
When a political campaign suggests “Yes we can” or “A Time for Greatness”, or a company challenges you to “Just do it” or “Think different,” it stirs something much deeper than a simple right or wrong. It presents us with an ideal, a notion of what we might accomplish should we apply ourselves; a glimpse of our “better angels” or a “shining city upon the hill”. The society we dream we might one day build, and the people we might one day become. It gives us a goal that is likely never to be fully achieved, but one we can rewardingly pursue throughout our time here. It gives us a star to help better navigate our way.

Great companies and social leaders garner support and enthusiasm because they play instrumental roles in helping people toward a human ideal; ideals such as equality, freedom, family, peace or self-respect. They see their laptops and smartphones as instruments of self-expression and freedom, their athletic gear as the catalyst for a personal fitness movement and a coffee shop that exists for personal reflection and appreciation.

Such companies become powerful and influential instruments of social progress, helping to lead people and society toward those stars. They are loved, valued and regarded as irreplaceable because their very existence illuminates our better selves: and they have underlying operating models worthy of admiration in their own right.

Becoming SuperCitizens
Driven to demonstrate a singular human ideal in everything it says and does, in every contribution it makes to people and society, and with resources and influence no one person could muster these companies become “SuperCitizens”. Not because they asked for or wanted that status, but because we needed them to play that role. They effect the progress we desperately and deeply seek but could never possibly achieve as individuals. We do, however, know how to get behind them.

Companies motivated by human idealism are the ones people watch, follow and support. They are the ones with the stores that need to be experienced to be understood. With the employees who just won’t shut up about how they could never work anywhere else. With the memorable ad campaigns, upright supply chains and with the more cooperative partners and investors who want to help support a compelling future. They are the companies people want to endorse, defend, cooperate with, work and cheer for, recommend and promote. That human enthusiasm is the ultimate competitive advantage, and the next way to win.

The pursuit of a human ideal is at the root of every significant movement in social and commercial history. We want our worlds to be better and will throw every ounce of available energy behind those people, companies and organizations we believe can get us there.

When people want you to win, you become very hard to beat.