Three couples across Canada gifted with their dream engagement rings

MONTREAL, QC–This summer, Canadian jeweller Birks launched a contest to celebrate today’s everyday heroes – Essential and Frontline Workers. To enter, participants were asked to share their love story or the story of a friend, or family member. At least one of the individuals in the couple had to be a First Responder or Essential Worker. After receiving thousands of entries from across the country, three couples received their dream engagement rings in the signature Birks engagement ring bell box. All couples are now officially engaged.

“At the start of the pandemic we noticed an increased demand for diamond engagement rings,” said Jean-Christophe Bédos, President and CEO of Maison Birks. “Canadian’s daily lives were changing but one thing remained the same, love is essential. We are so happy for Alisa and Harold, Andrea and Rebecca, and Jeanne and Frédéric, and are honoured that Birks is a part of their love story.”

Harold is an intensive care nurse from British Columbia working at both Vancouver General Hospital and for the Canadian Armed Forces. He works with those who are the most vulnerable, including COVID-19 positive patients. As Harold’s now fiancé Alisa was diagnosed with an autoimmune disease last year, Harold must completely sanitize himself after working 13 hours shifts when he returns home each day. Alisa and Harold got engaged on a Sunday in late October at the University of British Columbia Rose Garden. Harold surprised Alisa with a detailed scavenger hunt that ended with an engagement on one knee. He proposed with a Birks 1879™ Round Solitaire Engagement Ring in Yellow Gold.

Andrea, a customs officer at Pearson International Airport in Ontario, and Rebecca, a registered nurse in the Emergency Department at St. Joseph’s Hospital, have both been working on the frontlines during the pandemic. After 10-12 hour shifts, their days do not end until they sanitize their belongings, shower, stow away their work clothes for laundering and prepare for the next day. Like many others, since early 2020, they have isolated from friends and family. While it has been difficult to miss events and milestones, they are thankful for their time together. Transforming a local Toronto café into a mini gallery with personal photos and messages, Andrea proposed to Rebecca with a Birks Rosée du Matin™ Round Solitaire Diamond Engagement Ring with a Platinum Diamond Band.

Frédéric, a construction project manager, and Jeanne, a pharmacist at Pierre-Boucher Hospital in Quebec, chose to spend months apart from each other to protect their loved ones and Jeanne’s patients during the pandemic. After 11 years together, their relationship relied on video calls and socially distanced walks. Finally, in June, they became owners of their very first home and were reunited. Frédéric proposed to Jeanne with a Birks 1879™ Round Solitaire Single Halo Engagement Ring with a Platinum Diamond Band in a forest outside of Montreal.

To keep up with the growing demand, Birks recently added diamond engagement rings to their ecommerce platform, maisonbirks.com. “Previously, clients could only purchase engagement rings through a Maison Birks boutique, or our concierge program,” said Jean-Christophe Bédos.

Birks congratulates the winning couples and all the many other love stories. During these challenging times, kindness and love keep us united. Love is essential.

About Birks
Established in 1879, Bijoux Birks (Birks Group Inc.) is Canada’s leading designer of fine jewellery, bridal jewellery and gifts all available at Maison Birks stores and other luxury jewellery retails across North America and the United Kingdom . A beloved national treasure and a coveted symbol of Canadian luxury, Bijoux Birks jewellery is recognized internationally for incomparable quality and the delight brought to its beholders. The iconic Birks Blue Box has proudly been part of Canadians’ stories since 1879

Why Digital IDs for Businesses are urgent

Analytics to Drive Service Station of the Future

RetailMeNot.ca Surveys Canadians About Their Holiday Shopping Habits This Year 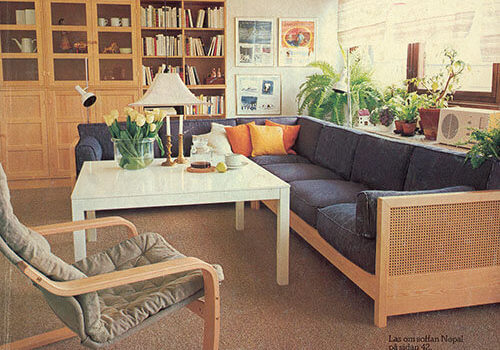 After 70 successful years, IKEA is retiring the Catalogue