TORONTO–Scotiabank has unveiled its second Downie Wenjack Legacy Space in Toronto, further signifying its commitment to promoting education and discussion around reconciliation. 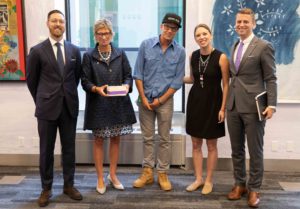 “We are thrilled to open a second Downie Wenjack Legacy Space, this one fully accessible to the public,” said Jon Davey, National Director, Aboriginal Financial Services at Scotiabank. “Scotiabank is proud of its history with Indigenous peoples but recognize that there are opportunities to do more to partner with Indigenous communities and work towards their respective visions for future generations. Through our Legacy Spaces we are committed to creating experiences that foster productive conversations around reconciliation.”

The Gord Downie & Chanie Wenjack Fund (DWF) was created to continue the conversation of reconciliation that began with Gord Downie’s 2016 album The Secret Path. The album tells the story of Chanie Wenjack, a 12-year old boy who died while fleeing a residential school. A Legacy Space is a dedicated space in an office, school, or restaurant where people will have the opportunity to learn Chanie Wenjack’s story, see the history he represents, and be inspired to act in the name of reconciliation.

“We are so honoured that Scotiabank has furthered their commitment to reconciliation through opening a second Legacy Space in a public branch. These spaces provide an opportunity for Indigenous and non-Indigenous Canadians to engage and learn about the history and legacy of residential schools. The Scotiabank Legacy Space is an important step in the journey to reconciliation and we are so grateful for their commitment towards building a better Canada.” Sarah Midanik, President and CEO of The Gord Downie & Chanie Wenjack Fund. 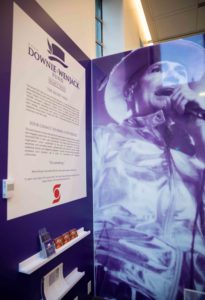 The DWF Legacy Space located within the Scotiabank branch at 392 Bay Street in Toronto is marked with a DWF plaque, a framed Legacy Room print featuring Gord Downie’s call to action and an image of Chanie Wenjack, and information about the Fund and creating acts of reconciliation. It also features two original pieces by local Indigenous artists.