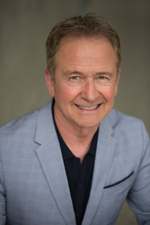 If you’ve ever worked a job at a retail store, waited tables at a restaurant or answered phones at a call centre, you know the service industry isn’t for the faint of heart. The pay can be low, the managers can be demanding, the hours can be long, and the work can be demoralizing, so it’s no surprise that many workers say, “I quit.”

But when it comes to high employee turnover in customer service, there’s one key factor that has been almost entirely overlooked: the customer.

Studies have shown that interacting with difficult customers can lead to a host of negative effects, among them emotional exhaustion, negative moods, poorer physical health, reduced performance and lower job satisfaction.

But when customers are yelling about the food at a restaurant, arguing about a retailer’s return policy, blasting a cable company call taker over a service outage or demanding to talk to a manager, does it actually push those workers to leave? The answer is Yes.

For our recent study, Unpacking the Relationship Between Customer (In)Justice and Employee Turnover Outcomes: Can Fair Supervisor Treatment Reduce Employees’ Emotional Turmoil? we surveyed over 1,700 retail, restaurant and call centre workers in both Canada and the Philippines. We looked specifically at customer mistreatment and its emotional effects, as well as the rates of turnover.

We found that when employees are repeatedly subjected to difficult consumers, they were far more likely to leave, even when we controlled for other factors such as low pay, long hours and poor working conditions. The mistreatment begins to accumulate, and if their emotional resources aren’t getting replenished, workers eventually say, “I’ve got to get out of here.”

The correlation was so strong, in fact, that we could predict which employees were likely to stay and which would go.

Role of supervisors
But it turns out that supervisors have a significant role to play in preventing that turnover. We found that when employees feel supported and listened to by their supervisors, the effects of those belligerent customers are significantly buffered.

So, if you’re a call centre worker who has just been berated by a customer, and you’re left to fend for yourself, or worse, your supervisor criticizes you, it’s going to have a negative effect. However, if your supervisor says, “That person was unreasonable, and I’m going to support you,” the impact is far less.

The findings are important for all service industry-based businesses, because annual turnover rates can range from 26% to an astounding 200%. It can also be very costly: in one company we examined turnover from poor management practices cost more than $300,000 in additional hiring and training. And that doesn’t take into account the loss of customers that can come with high employee churn.

The conventional wisdom is that employees leave jobs because of things like salary and workload. But our research shows it has more to do with how they’re treated by customers and supervisors. In the customer service sector, the adage “Employees don’t leave companies, they leave managers” certainly rings true.

The key is respecting employees
Fortunately, there are many things employers can do to mitigate the effect of quarrelsome customers and replenish their workers’ emotional tanks, so that quitting is less likely.

First and foremost, they need to treat their workers with dignity and respect. That doesn’t mean there can’t be performance targets and constructive feedback; it just means they need to be treated as equal human beings.

In the same vein, employers should adequately explain the thinking behind the decisions they make and the actions they take. They should also ask for input from employees on how to improve processes and provide proper training on dealing with difficult customers.

Giving workers plenty of notice about their schedules or duties can go a long way toward making them feel welcome and respected, as can allowing at least some flexibility in scheduling.

Management should also organize opportunities for team-building — this doesn’t have to be elaborate or expensive — and regularly check in with staff either through one-on-one meetings or town halls. Along the way they should share the purpose and vision of the company and ask workers how they feel they can contribute to that vision. If possible, they should also help workers see opportunities for advancement in the company.

But at a minimum, employers should let employees know they are respected and supported, and that they care about them as people, not just their work. It seems like common sense, but common sense doesn’t always equal common practice.

Where managers tend to go wrong is they focus entirely on productivity, pushing employees to reach targets but not backing them in that aim, which leads to high turnover.

These days, companies live or die on the quality of their customer service. It’s a critical source of competitive advantage, especially in the age of tight margins and online reviews.

And as long as there are customer service-based businesses, there will likely be upset and abusive customers. It’s an inevitable reality. But even if customer satisfaction is an employer’s number one goal, our research shows that genuinely supporting their employees is one of the most effective places to start.

Daniel Skarlicki is the Edgar F. Kaiser Professor of Organizational Behaviour in the Marketing and Behavioural Science Division at the UBC Sauder School of Business. He is the co-author of the research paper “Unpacking the Relationship Between Customer (In)Justice and Employee Turnover Outcomes: Can Fair Supervisor Treatment Reduce Employees’ Emotional Turmoil?” with Danielle van Jaarsveld, David Walker and Pascal Fricke, which is forthcoming in the Journal of Service Research.