MONTREAL–Air Canada said today that during the permitted open period following the release of its Second Quarter results, Calin Rovinescu, President and Chief Executive Officer, has exercised Stock Options from 2013 and sold the underlying 1,269,149 Class B Voting Shares on the Toronto Stock Exchange through the facilities of a Canadian investment dealer, as reported in applicable securities filings. 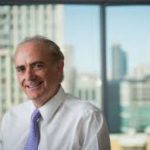 Rovinescu plans to use proceeds from the sale of shares for investment diversification, estate planning and to fund his Family Foundation for charitable giving.

The Stock Options exercised were scheduled to expire in the first half of 2020 and the shares sold represented less than one third of Rovinescu’s total equity interest in Air Canada.

Air Canada is Canada’s largest domestic and international airline serving more than 220 airports on six continents. Canada’s flag carrier is among the 20 largest airlines in the world and in 2018 served nearly 51 million customers. Air Canada provides scheduled passenger service directly to 62 airports in Canada, 54 in the United States and 100 in Europe, the Middle East, Africa, Asia, Australia, the Caribbean, Mexico, Central America and South America. Air Canada is a founding member of Star Alliance, the world’s most comprehensive air transportation network serving 1,317 airports in 193 countries. Air Canada is the only international network carrier in North America to receive a Four-Star ranking according to independent U.K. research firm Skytrax, which also named Air Canada the 2019 Best Airline in North America.