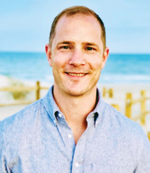 By Mike Wilson
Location-based marketing (LBM) has provided marketers with a fruitful way to reach people on the move. A survey from BIA Advisory Services found that marketers will spend over US$26 billion on geotargeted campaigns in 2019.

LBM’s popularity comes in part from its ability to use opt-in location data to reach consumers in context, using a few different methods. In proximity marketing, near-field communication (NFC) is used to allow a consumer to interact with a beacon near them, such as bringing up more information about a product while in the store. Geotargeting looks backward, using historical GPS data about someone’s location, like targeting people who visited a resort the previous year. With geoconquesting, retailers might try to reach people when they visit a competitor’s location to encourage them to take advantage of a better deal elsewhere or to influence future behaviour.

In each case, location-based marketing is opt-in. The users will have agreed to provide their location data when installing an app and may already understand the kinds of offers they might receive. The element of consent also contributes to this method’s appeal.

To understand how DBM works, let’s take a look at a campaign executed by McDonald’s and Waze, a navigation app powered by insights on road conditions from users. The campaign was rolled out in Southern California in 2018 and introduced to Canada in summer 2019 alongside ongoing advertising efforts by the companies.

In these executions, McDonald’s billboards were geofenced to trigger ads in the Waze app. When Waze users came to a complete stop near a billboard, such as at a red light, the app offered them coupons for their next visits to McDonald’s.

This is where “destination” comes into play. These drivers were on their way to set destinations, using Waze for turn-by-turn navigation. The ad offered them the opportunity to drive to McDonald’s right away, to a restaurant along their routes. The restaurant would become their new destinations, or they could make stops and then continue their original destinations.

This call to action was only possible because Waze already had insight into where drivers were headed and could offer new routes that made sense as part of the overall journeys.

DBM benefits
One of the benefits of DBM is that it does a lot of lifting for the consumer. They don’t need to think about how a stopover at a store will fit into their trip—those details are handled by Waze—and the driver just needs to make one decision to accept the offer and then follow the turn-by-turn directions.

What’s interesting is how this approach incorporates a more traditional advertising channel, namely billboards. As it’s become harder to reach consumers through other ad formats, out-of-home (OOH) advertising has remained effective and attractive. A TNS survey found that 57% of Canadians aged 18 or older take action upon seeing OOH ads. They might visit a web site to learn more or visit a store. In the same survey, 71% of respondents said they would be interested in receiving coupons from OOH ads.

When they’re used together, OOH and Waze ads amplify each other. A driver might spot a McDonald’s billboard and then be more receptive to an in-app ad appearing on their phone a short time later. Each encounter is non-intrusive and happens in a shared context.

McDonald’s and Waze’s first OOH campaigns were successes. In Southern California, there were 8,400 navigations to McDonald’s restaurants during the campaign period of October to November 2018, more than the average before the campaign began. Initial analysis from the Canadian campaign indicated positive results. Ad recall results also demonstrated the effectiveness of this type of execution.

This blending of old and new advertising formats recognizes that our lives are not so easily demarcated into the physical and the digital. The two are increasingly entangled.

Destination-based marketing helps drive people into brick-and-mortar stores which, despite the rapid growth of eCommerce, still make up most consumer spending. That might be the key to its success moving forward: however new its technology or approach, it solves the basic problems every marketer seeks to solve.

Mike Wilson leads Waze in Canada and was the company’s first Canadian employee. He manages Canadian and central U.S. operations, helping companies reach an audience that’s on-the-go and working with a growing list of government partners in the Waze For Cities program.
Waze is where people and technology meet to solve transportation challenges. It’s a platform that empowers communities to contribute road data, edit Waze maps and carpool to improve the way we move about the world. Thanks to Wazers everywhere, Waze is able to partner with municipalities and transit authorities to reduce traffic and congestion: leveraging current infrastructure while impacting city planning.

Too easy to ignore