Leads between the lines 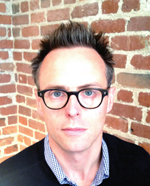 When Disney wanted to promote a recent superhero film on social media, it decided to throw traditional targeting tools out the window and try something new.

The promotion involved a series of short and personalized videos featuring stars of the movie. Instead of indiscriminately carpet bombing the Twitter universe and hoping the videos would occasionally find their mark, Disney sought a more refined, scientific and impactful approach to reach genuine movie fans, thus maximizing its investment in the video campaign. So, it turned to an emerging artificial intelligence (AI)-driven tool called conversational analysis.

Conversational analysis delivered. Simply by identifying certain keywords and phrases that people were using in their online conversations, Disney was able to connect with a highly targeted audience of close to 10 million people across dozens of unique segments. The campaign yielded true personalization at scale, producing more than two million video views in its first 24 hours — three times the benchmark for total views — along with about 440,000 opt-ins.

Learning from customer conversations
As Disney and a range of other companies are discovering, there’s much to be learned about consumers’ wants, needs and emotions from the massive volume of verbiage that people volley during their social media conversations.

When individuals’ words come unsolicited and unprompted, as they do in informal online conversations (versus via surveys, which usually come with an inherent bias), they tend to carry greater weight, meaning and marketing value. By contextually connecting what people say in their online conversations to what they’re likely to buy as consumers, conversational analysis is proving to be uniquely adept at uncovering that meaning and tapping that value.

As much as everyday human conversation has shifted from face-to-face to online (we’ll let the social scientists weigh in on that), conversational analysis leverages the constant flow of digital dialogue to provide unprecedented predictive insights into consumer behaviour.

Using natural language processing (NLP), which employs AI to process and analyze large amounts of natural language data, conversational analysis parses the constant stream of online conversations through the lens of an expansive taxonomy of keywords, phrases and classifiers. That taxonomy is continually updated as new words — slang, jargon, brand names — enter our lexicon while others drop off.

Conversational analysis reads between the lines of these unprompted and unsolicited conversations to glean actionable and scalable insights into how peoples’ use of specific words and phrases make them more or less inclined to buy products. Ultimately, the behavioural data science behind conversational analysis enables it to define a highly relevant and engaged consumer better than traditional demographics, psychographics and contextual or behavioural markers.

Why conversational analysis is superior
Unlike these other approaches, conversational analysis uncovers correlations in first-party data that speak to a specific audience’s emotions, needs and intent. It takes much of the guesswork out of the targeting equation by predicting consumer behaviour based not only on what consumers say, but also how strongly they say it.

By tracing keywords back to specific conversations and user information, conversational analysis creates profiles and defines unique audiences of consumers who show the greatest likelihood of engaging and purchasing at the most opportune times.

When a certain global athletic apparel company wanted to better understand its target female customer, conversational analysis helped it to identify a critical distinction between “athletic females” and “female athletes.” This provided valuable insight into what was important to each of those audiences, pinpointing the music, media channels and spokespersons with which they connected most. The company leveraged that insight into a highly successful repositioning of its brand messaging to women.

The ability to glean both explicit and implicit meaning enables conversational analysis to recognize nuance. In an analysis we published of people moving or renovating residences, for example, conversational analysis picked up on the implied meaning in comments like, “We are really outgrowing this place,” and “I hope mortgage rates stay this low”. It was then used to create target segments of people who are seriously contemplating moving. Meanwhile, the analysis also was building segments around more explicit language about mortgage brokers, school districts, etc., that suggested the moves were imminent.

In a marketing world that’s all about immediacy, conversational analysis enabled real-time/near-real time targeting of these audiences through listening and dissecting fresh online conversations, as these individuals were actively engaged in the process or in the contemplation of moving or remodelling. Rather than well after the fact.

Best practices
As new as conversational analysis is in the marketing realm, brands and companies are learning how to effectively leverage its timeliness, predictive powers and other attributes. Based on our observations of a range of campaigns involving conversational data here are a few suggestions to consider:
1. Be sure to pick a subject people are conversing about. Obvious but very important, nonetheless. The greater the volume of fresh online conversations to analyze, the stronger, more targeted and more segmentable the leads will tend to be.
2. Approach with an agile mindset and methodology. One of conversational analysis’s best attributes is its flexibility and refinability. The same data can be iterated and segmented in many different ways, allowing the user to learn from their targeting experience on the fly and adjust accordingly.
3. Use it for online or offline campaigns, or both. Conversational analysis has the ability to provide highly defined lead audiences for direct mail, contact centre, email, social media and other forms of marketing and promotion.
4. Let conversational analysis stand on its own. As tempting as it may be to overlay conversational data with demographic data from other sources, doing so lessens rather than increases the clarity of the conversational data.
5. Take a toe-in-the-water approach. As scalable as conversational analysis is as a targeting tool, and as new as it might be to some organizations, it’s well suited to testing with a trial program, then scaling up based on results, budget and comfort level.

As Disney and others are finding following their initial forays into conversational analysis, the results it produces often speak for themselves.

How to accomplish digital transformation