TORONTO, ON– The ICA is launching a transparent ranking system of agency creativity in Canada based on the awards that matter. Called Creative Power List, the new rankings are designed to help Canada’s agencies focus on the national and international awards that will deliver the greatest impact in the wake of
many creative leaders questioning the number of awards both internationally and on a national level.

ICA’s move to launch the Creative Power List follows the organization’s rebranding of its long-standing Creative Leadership Group as the Creative Power Group and the identification of the value, cost and impact of awards as a significant issue in the agency
sector. An issue further compounded by COVID-19, budget tightening and rising concerns over awards and ranking list transparency.

The Creative Power List introduces a transparent methodology to rank agencies on their creative awards performance, allocating a sliding scale of points based on achievements at national and international awards. The ICA also enlisted the support of RSM Canada’s internationally recognized audit practice, to advise on methodologies employed.

The Creative Power Group, with RSM Canada, began the process of attributing the scoring mechanism for the first ever Creative Power List based on 2019 performance. BBDO tops the list, followed by FCB/Six and Cossette.

A 2020 ranking won’t be available due to the ICA’s call to not support awards in the wake of COVID-19 but the same scoring mechanic will now be in place for 2021, so that the industry
can transparently see what is on offer for their overall ranking from each award show.

Detailed information on this methodology is available from the ICA on request. 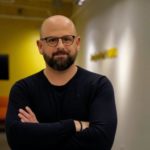 Graham Lang, Chief Creative Officer, Juniper Park\TBWA and member of the Creative Power Group said: “Creativity is the lifeblood of any successful agency. Judging and recognizing creative
performance has never been more expensive and onerous for agencies because of the vast number of awards schemes both on a national and international level. The Creative Power List is
designed to cut through the confusion by providing a transparent, authoritative, guide to creative excellence by placing a firm emphasis on the awards that truly matter.”

Scott Knox, President & CEO of the ICA, added, “The ICA admired the work of the Creative Circle in South Africa, and decided a similar approach was needed in Canada. The Creative Power List provides a way for agency creative leaders to collectively decide which national and international awards matter, build stronger relationships
with those programs, and then create a transparent ranking system that will allow agencies to decide the awards to go for to boost their national standing.”

As well as setting up the Creative Power List, the Creative Power Group will be building stronger relationships with each of the international shows, looking to improve training for judges and provide greater understanding of how each show works. The ICA has already become the Canadian judge nominating partner for the D&AD, as part of its continuing to build a strong relationship between Canada and the international shows.

Please note that where there are multiple locations listed in parentheses this is where individual offices have been combined for the overall Canadian score.

ABOUT THE ICA
ICA is the not-for-profit association for Canadian advertising, marketing, media and public relations agencies. Its mission is to Amplify, Protect and Transform the agency sector through advocacy, awards, community, consultancy, insight, networking, research and training. The membership and board of directors represent some of the most recognized and influential businesses in our industry, both in Canada and internationally.

ABOUT RSM CANADA
RSM’s purpose is to deliver the power of being understood to our clients, colleagues and communities through world-class audit, tax and consulting services focused on middle market businesses. The clients we serve are the engine of global commerce and economic
growth, and we are focused on developing leading professionals and services to meet their evolving needs in today’s ever-changing business environment. RSM Canada LLP provides public accounting services and is the Canadian member firm of RSM International, a global network of independent audit, tax and consulting firms with
more than 48,000 people in 120 countries. RSM Alberta LLP is a limited liability partnership and independent legal entity that provides public accounting services. RSM Canada Consulting LP provides consulting services and is an affiliate of RSM US LLP, a member firm of RSM International. 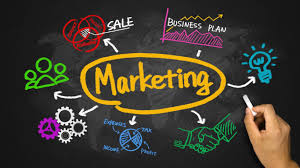